For Australians, Dr Norman Swan, MD, is a trusted voice as the long-time presenter and producer of The Health Report on ABC TV. Living Younger Longer is the title of his latest book, which is worth reading for many reasons. First, his sense of humour draws a laugh on every page. Secondly, he’s scoured the scientific literature carefully, and he tells it like it is. For example, for most people most of the time, supplements are a waste of money. Thirdly, there are no black and white answers for any superfood or specific diet. And we cannot be sure that studies in rodents can be extrapolated to humans.

Personally, I prefer the phrase Living Younger Longer than Ageing Well, and I love it when people say I look younger than my years. Family history suggests that I may live a long life – my paternal grandmother died at 106 years, my maternal grandma at 98, my mum at 96 and my dad is still alive and well, turning 100 this year (2023). I’m sure I’m not alone in not wanting to live a long life in pain or with a sensory deficit like vision or hearing loss. Thankfully, I’ve solved the problem of sensorineural deafness with bilateral cochlear implants, and last year, I scored one shiny titanium hip replacement. These devices work a charm – if you need them, I hope you’ll have the courage and resources to have them yourself.

This edition of food-for-thought was prompted by a recent research article from Spanish scientists on the link between foods, nutrients and dietary patterns on telomere length (1). Telomeres are the tiny physical structures that cap the end of our chromosomes…just like the caps at the end of shoelaces that prevent them unravelling. They protect the DNA (deoxyribonucleic acid) in every cell nucleus from degrading and play a role in preserving the integrity of our genes. As we age, our telomeres get shorter and shorter, but stress and lifestyle factors can alter the rate of decrease. Telomere length is longest at birth, shortens rapidly until adolescence and then slows until old age. Within many animal species, telomere length predicts the average age of death (2). Remarkably, humans in developed nations appear to be living twice as long as our telomere length would suggest.

In the new paper from Spain (1), higher consumption of fish, nuts and seeds, fruits and vegetables, green leafy and cruciferous vegetables, olives, legumes, polyunsaturated fats, and an antioxidant rich diet were associated with longer telomere length in adolescence. That fits well with other scientific evidence. By contrast, a higher intake of refined sugars, soft drinks, cereals (including bread) and a diet with a high glycemic load were factors associated with shorter telomeres. Regular readers of GI news will know that glycemic load is the product of a food’s GI and available carbohydrate content. A serve of instant potatoes, for example, has 3 times the glycemic load of one apple. Thus a diet made up of large servings of instant potato, rice, bread, most breakfast cereals and other typically high GI foods raises blood glucose levels to higher levels than one based on low GI foods such as oats, pasta, noodles, barley, quinoa, fruit and specific brands of bread (e.g., Burgen or authentic sourdough), rice (e.g., Doongara CleverRice or other specific cultivars of Basmati rice) and breakfast cereals (e.g., steel cut oats).

It’s not surprising that living longer is associated with lower blood glucose levels. Although glucose is a first line fuel in most cells of the body, high levels in the blood can easily spill over into the cells of specific tissues such as the eyes, the kidneys and the walls of blood vessels. Here, excessive glucose generates oxidative stress and results in ‘glycated’ proteins that fail to do their job properly. Cellular ageing and cell death are the inevitable consequence. Thus, people with poorly managed diabetes often develop a form of vision loss called diabetic retinopathy, or kidney disease, or hardening of the arteries in the heart and brain (or all of the above). The good news is that people with well-managed diabetes consuming a good quality diet, with or without diabetes medications, can live a long and happy life. My dad is one such person!

One of the world leaders in the field of nutrition and healthy longevity is Professor Luigi Fontana at the Charles Perkins Centre at the University of Sydney. His pioneering studies on the effects of dietary restriction and intermittent fasting suggest that we can slow the accumulation of cellular and molecular damage and influence human ageing and the progression of conditions such as obesity, type 2 diabetes and even cancer (3).

Professor Fontana’s work indicates that meal timing is critical and moderating protein intake (not too much, not too little) can slow down cellular ageing. Finally, low GI carbohydrates are an integral part of Professor David Jenkins’ portfolio of dietary measures that improves heart health and increases your chances of a long and happy life (4). 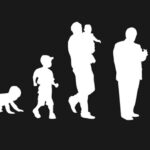 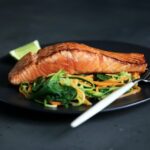 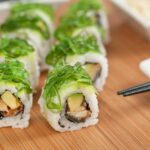 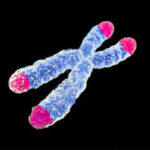 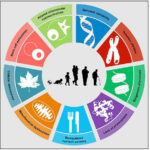